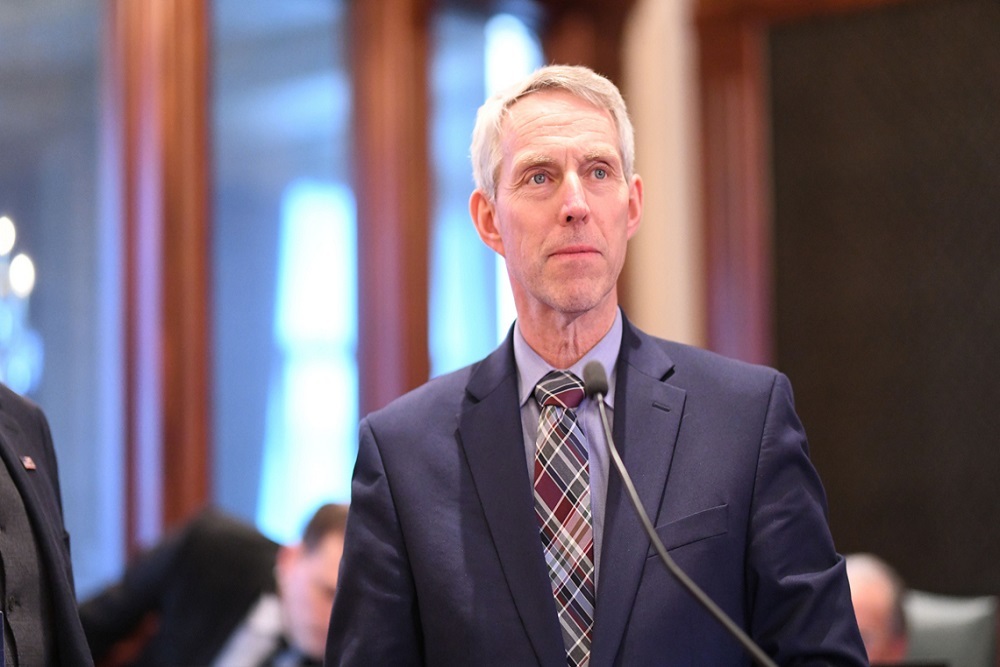 “The Auditor General is a critical check on the executive branch of Illinois Government. With Illinois’ long history of corruption, it’s imperative that the person be above reproach and ideally drawn from outside the political process,” said Halbrook.

“The court has determined that over a fifteen year period, Frank Mautino’s campaign committee repeatedly violated state election codes regarding the use of funds in his campaign account. He is under investigation by the IRS and now potentially faces fines and other consequences on the state level. Only in Illinois would someone with this record be in charge of the financial oversight of a $40 billion budget,” said Halbrook.

Halbrook noted that Mautino was put in office with a bipartisan vote in 2015. “Republicans and Democrats alike installed Mr. Mautino. Just 10 House Republicans opposed his appointment. But now we can right this wrong and get a unanimous bipartisan group to remove him.”

The 4th District Appellate Court on August 19 overturned the State Board of Elections 4-4 indecision on campaign finance law violations regarding Mautino’s personal use of campaign funds. In the ensuing weeks, very few news articles have appeared about it.

“Corruption at the highest levels of Illinois government is so commonplace now that it is barely noticed by the media,” said Halbrook. “The second highest court in the state has determined that our Auditor General is in gross violation of campaign finance law and the public isn’t even told about it.”

Want to get notified whenever we write about Illinois State House District 102 ?

Sign-up Next time we write about Illinois State House District 102, we'll email you a link to the story. You may edit your settings or unsubscribe at any time.