At least 20 new tax and fee hikes are set to become official at the start of the New Year, including one that gifts a $50 investment account to every child born in the state to help pay for their future community college, university or trade school expenses.

"Where does the money come from?” Halbrook recently asked on Facebook. “From you and I, and every taxpayer of course.” 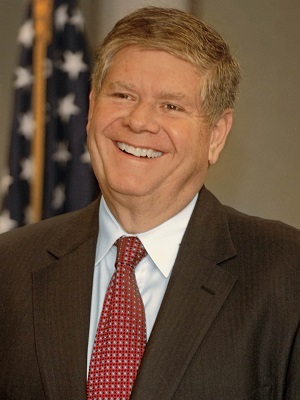 The veteran lawmaker is not the only one to suggest that such a gesture is not in the best interest of the fiscally hurting state.

“It’s a wonderful idea, except where does the money come from?” longtime state Sen. Jim Oberweis (R-Sugar Grove) asked on WTTW. “Our state is in deep fiscal stress and for us to say ‘it’s only another $10 million a year,’ that’s just fundamentally wrong.”

In addition to the $50 in seed money, the state treasurer also has the flexibility to set rules that could mean larger donations for certain individuals. Nine new taxes are set to kick in on Jan. 1 that are expected to cost taxpayers nearly an additional $2 billion annually, according to Illinois Policy Institute.

None of it adds up for Halbrook, who has repeatedly blasted the current Democratic leadership's tax-and-spend policies.

“The Democratic super majority-controlled General Assembly had an opportunity this past spring to turn the state around and avoid being the number-one most tax-unfriendly state in the nation," Halbrook previously told the Macon Reporter. “However, they chose a different path. The path will continue the unprecedented outmigration of taxpayers from our state. People are like water and electricity; they will take the path of least resistance.”