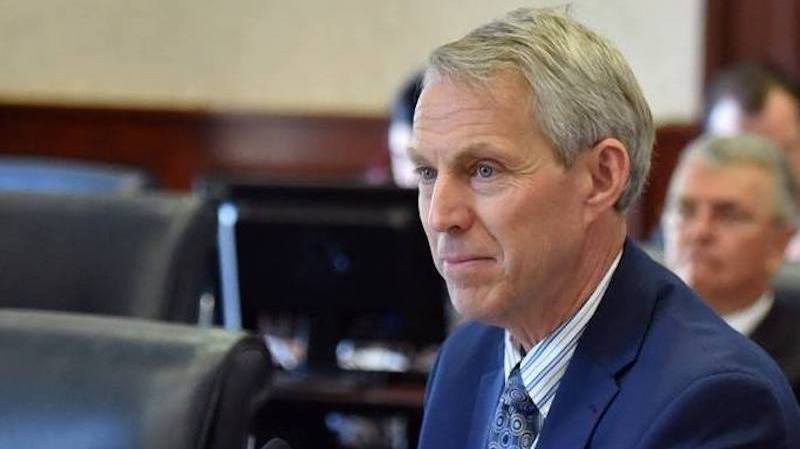 Illinois state Rep. Brad Halbrook (R-Shelbyville) views the growing red-light camera scandal as just one more reason why so many downstate residents are looking to put greater distance between themselves and the world of Chicago politics.

“Bribery, illegal behavior, fleecing taxpayers,” those are just more reasons why people downstate have had enough of the Chicago way of doing things,” Halbrook told the Macon Reporter. “The case for breaking from Chicago makes itself.”

Over this month alone, former Cook County Commissioner Jeffrey Tobolski and former Chicago Department of Aviation Deputy Commissioner Bill Helm have both become ensnared in the growing scandal after being publicly tied to former state Sen. Martin Sandoval, who has already pleaded guilty to federal bribery and tax fraud charges in connection with the scheme.

Sandoval, who also served as chairman of the Senate Transportation Committee, has admitted to pocketing a $250,000 bribe from SafeSpeed LLC., one of the largest red-light camera operators in the state, in exchange for favorable voting.

Helm faces a single charge of bribery, with prosecutors alleging he paid Sandoval at least $5,000 over a four-month period beginning in July 2018.

Since being erected across the state just over a decade ago, red-light cameras have generated more than $1 billion in fines from frustrated Illinois drivers, despite producing no significant gains in traffic safety.

“Some have questioned the constitutionality of red-light cameras based on search-and-seizure concerns,” Halbrook previously told Macon Reporter. “There are a lot of concerns about them. There’s an incentive for shenanigans and a breeding ground for corruption.”